Tesla Quotes That Will Electrify Your Life 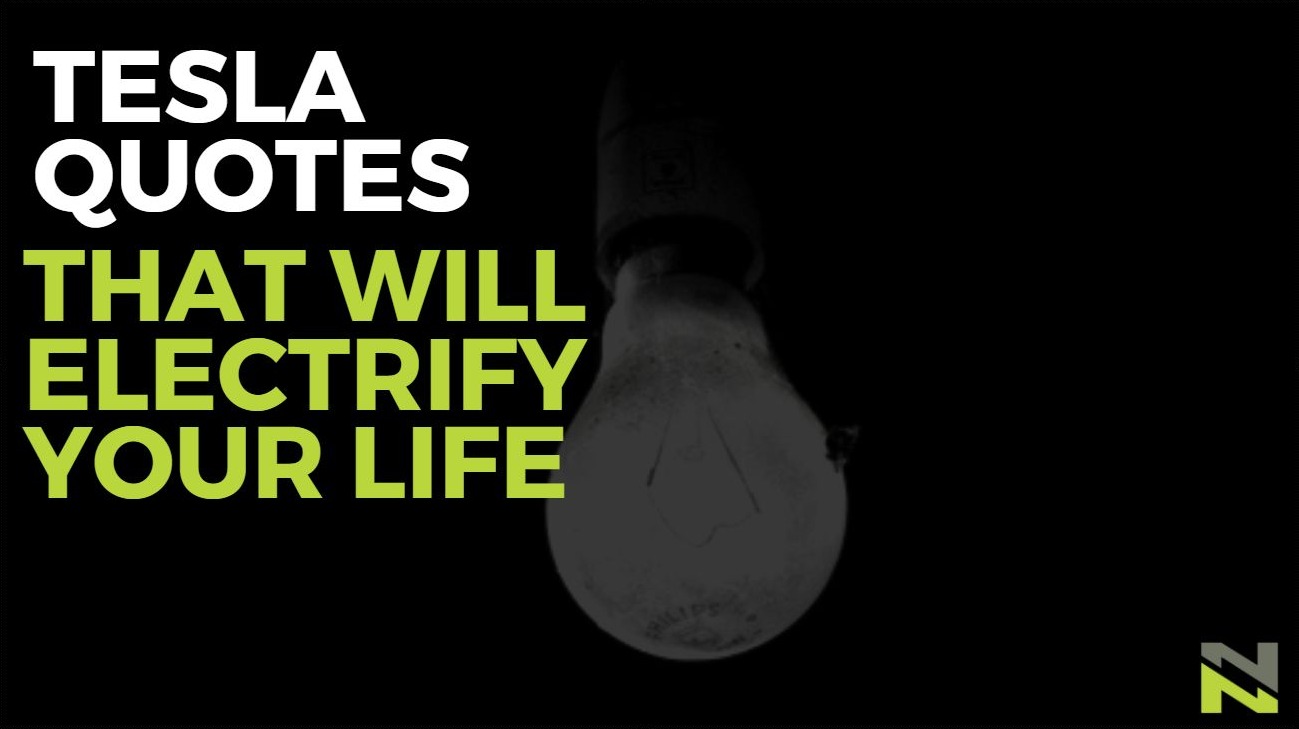 Nikola Tesla is often called the man who invented the 20th century, and there are lots of good reasons for that. Here are some of his quotes that we think will help challenge your ideas about science and the world.

About Science and Inventing

“I do not think there is any thrill that can go through the human heart like that felt by the inventor as he sees some creation of the brain unfolding to success . . . Such emotions make a man forget food, sleep, friends, love, everything.”

“Invention is the most important product of man’s creative brain. The ultimate purpose is the complete mastery of mind over the material world, the harnessing of human nature to human needs.”

“Today’s scientists have substituted mathematics for experiments, and they wander off through equation after equation, and eventually build a structure which has no relation to reality. ”

“The day science begins to study non-physical phenomena, it will make more progress in one decade than in all the previous centuries of its existence.”

About Life and Society

“What we now want most is closer contact and better understanding between individuals and communities all over the earth and the elimination of that fanatic devotion to exalted ideals of national egoism and pride, which is always prone to plunge the world into primeval barbarism and strife.”

“We crave for new sensations but soon become indifferent to them. The wonders of yesterday are today common occurrences”

“Peace can only come as a natural consequence of universal enlightenment and merging of races, and we are still far from this blissful realization.”

“The spread of civilization may be likened to a fire; first, a feeble spark, next to a flickering flame, then a mighty blaze, ever increasing in speed and power.”

“Most persons are so absorbed in the contemplation of the outside world that they are wholly oblivious to what is passing on within themselves.”

“The scientific man does not aim at an immediate result. He does not expect that his advanced ideas will be readily taken up. His work is like that of the planter — for the future. His duty is to lay the foundation for those who are to come and point the way. He lives and labors and hopes.”

“In the twenty-first century, the robot will take the place which slave labor occupied in ancient civilization.”

“Of all things, I liked books best.”

“The present is theirs; the future, for which I really worked, is mine.”

“My method is different. I do not rush into actual work. When I get an idea I start at once building it up in my imagination. I change the construction, make improvements, and operate the device entirely in my mind.”

“If your hate could be turned into electricity, it would light up the whole world.”